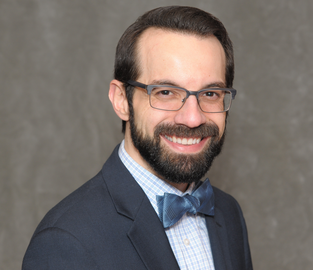 His training and clinical practice involves medical and pediatric optometry in addition to general
optometry with a passion for treating dry eye and ocular diseases, fitting specialty contacts, and
​vision therapy.  In his free time, Dr. Jass enjoys traveling, hiking, playing guitar, and spending time
with friends and family.  He has a personal goal to visit every national park and has been to 16 so far.

Dr. Hughes recieved his Doctorate of Optometry in 1987 from the Illinois College of Optometry.  Dr. Hughes grew up with the profession, following in the footsteps of his father, Dr. Paul M Hughes, (Chicago and Champaign, Illinois) and his uncle Dr. Edmund  Hughes (Rhode Island)  He attended St. Johns University in Collegeville, Minnesota.

Dr. Hughes began his own practice at Park Nicolett Medical Center in Minnesota in 1987 and has  been in  private practice in the Chicagoland area since 1988.  He has been practicing in Bartlett, Illinois since 1994.  His professional memberships include the American Optometric Association,  the Illinois Optometric Association, and the Fox Valley Optometric Society.   He is a member of the Southern Council of Optometrists, completing the rigorous Southern Diplomate Program in 2002.

Since 1994 he has been a member of the Bartlett Chamber of Commerce.